Will Owens, a native of West Point, serves as production manager on HGTV’s “Home Town” series that is currently filming its sixth season in Laurel.

I am originally from West Point. I went to West Point High School. Then I went on to the University of Southern Mississippi and that’s where I got my bachelor’s degree in media production.

How did you develop your interest in working in film and TV production?

Honestly, I was trying to figure that out in college. I was getting pulled a couple of different ways for what I really wanted to do. And one day it just hit me, I was watching a movie and the credits came on and I was like, man, that’s a lot of jobs. Somebody has got to work in it. I could find a niche in that and take off, and that’s kind of where it started.

When did you realize you could do it while staying in Mississippi?

In college, there were some opportunities here and there, but I was working so much I wasn’t able to take any of them. After I graduated, I moved to California, and that’s where I got my start in my career.

I came home to Mississippi to visit and did some day player work on “Home Town,” actually. And I hadn’t realized there was a TV show here, but there were multiple TV shows going on at the time, because “Bring It!” was still around then.

And then I also heard about the movies that were being shot. So the more that I worked here and just put my ear to the ground, the more I found out that it was possible to work in Mississippi in this industry.

What kind of formal training have you had and where?

What was that very first gig?

It was the audition tours for the last season of “American Idol” on Fox. There’s a lot more than what makes it on TV. They’ve got, you know, the great singers and then they’ve got the people they know aren’t going to be great, but they’re good for TV. There are several rounds of tryouts before you actually make the cut with Simon.

Other than your ongoing gig with “Home Town,” Do you have any other current or recent projects?

Not recently, just because of the pandemic. And with “Home Town,” we film so much now, it’s a year-round thing. I just don’t get a chance to do as much else as I did when I first started on the show. At that time, we were doing like six months, maybe eight at the the most, then I could go do other stuff in the off-season. But now it’s September to September, which is great.

What’s been the most surprising thing about working in the industry to you?

I think the most surprising thing would probably be how many jobs, and job titles and responsibilities go into putting on just about anything.

And the amount of organized chaos was a big surprise for me. I think I thought it would always be a well-oiled machine, but there’s last minute changes all the time, and people running here and there.

There’s a lot of thinking on your feet, especially with reality shows and this show in particular. Like the only time we get to set up a shot instead of shooting on the fly is the final reveal. The rest of it? There’s a lot of making calls and putting out fires all day.

Is there anyone that’s been an influence on your career, and why?

On the first show that I got a full-season gig, I was a set PA and there was a production manager by the name of Jeanette McDuffie. She kind of took me under her wing. She knew I was super fresh and super green, and she was like, I like your personality, and I can see that you’re a hard worker.

We all need a mentor in this business to help find our way. She was that for me. Just giving me pointers about what I should do, what I shouldn’t do, things to talk about with people when I’m setting stuff up. She gave me the whole rundown of what she did as a PM. So that’s really where I got the idea that I wanted to be a PM, because of that workflow she taught me.

How does being from Mississippi help you stand out in the industry?

I have so many friends and acquaintances that leave Mississippi and go do great things. And I think maybe because where we are from, the expectations are low. But people from Mississippi work so hard and that shines in other places. We’re charismatic, hard-working and intelligent, and we put that into everything that we do, and it just shines through.

There have been so many times where I’m the new person on a crew, but I would get a quick promotion to leading people. And I think that’s a reflection of where I’m from, and not so much who I am. We like to work hard down here, we like to get sweaty, you know?

If you could make a movie or a show built around one location in Mississippi where would that be and why?

I know this is probably typical, but I would definitely do one around my hometown, West Point. There’s so much history. Around the whole state really, but especially in just the Golden Triangle area. There’s so much history about different things—businesses that started, famous people, civil rights activists, there’s so much in the education realm to talk about. There’s a great high school football team too. I think all of us, to some extent, love our hometown and want to put a spotlight on it.

Do you have a favorite moment on set or with a project?

What would you say to convince a producer to bring a project to Mississippi?

I’ve traveled a good bit, and I don’t think there’s anywhere else in the United States you’re going to get great people like we have in Mississippi. Great food like we have in Mississippi. Great locations all over the state. You can make it look like literally almost anywhere in the world. Unless you want mountains, and then you’ve got to go somewhere else.

Even though there’s been so many movies shot in Mississippi, there’s still so many places untouched by the camera’s eye. And productions have the potential to bring a whole town up. Just like “Home Town” has done for the city of Laurel. Just people knowing that something was done there is what brings them to the town.

So many producers and people come here and they have this notion that it’s going to be something different, but when they get here they fall in love with it and they come back. So there’s a myriad of reasons why you should come here to Mississippi to film, but just the people and the places in general, are second to none.

What do you do when you’re not working on a set?

I’m a Mississippi boy, so I like to do all things outdoors. I like to fish, I like to hunt. I have a daughter, so I like to spend time with her. I’ve been learning drones on the side, so I like to go out and find locations and shoot drone footage, anything I can to keep myself busy. And, like I said, this is home for me. I can go home and see my mom. That’s one of my favorite parts about working in Mississippi and not having to go to L.A. or New York or somewhere else to work because I’m close to my family and still able to do exactly what I want to do.

What are your hopes for the future for the industry in the state?

What advice would you give to somebody who wants to start in the industry?

I think the best advice is to just do it, man. There are some job fields that are really hard to get into, but this isn’t one of them. If you have your mind set that this is where you want to be in the future, you can start out and see if you like it. Just do it. Come on out. To start at the bottom is OK. There’s so many chances to be a PA just to get your name out there, just to get that experience to know if you like it or not, so give it a shot because it can lead to so many great things. And we need more people in production in Mississippi. The opportunities are endless for you if you do decide pursue it.

I think so many people think that to be in the film industry, you have to be this great director, or this great camera guy before coming into it, but no, you can get moved up to that stuff pretty quickly if you just stay on top of it and really take advantage of all the great people on sets that are in this field already and can take you under their wing.

My email is willowensworks@gmail.com. And I’m on IMDB and Facebook. 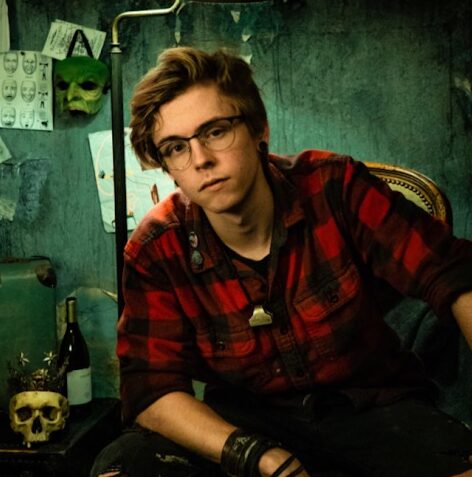 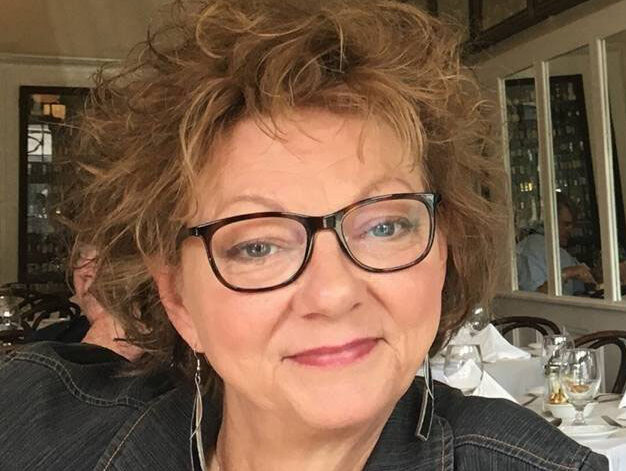 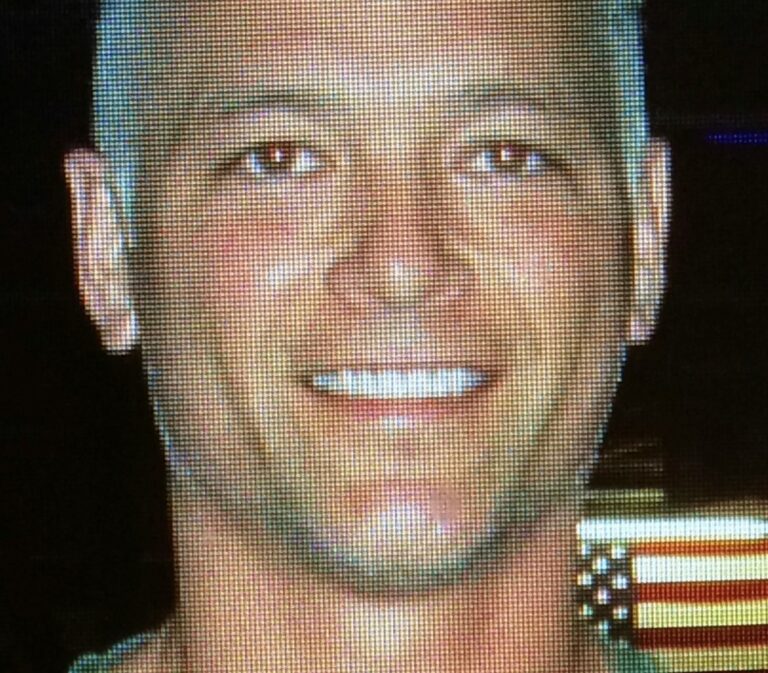 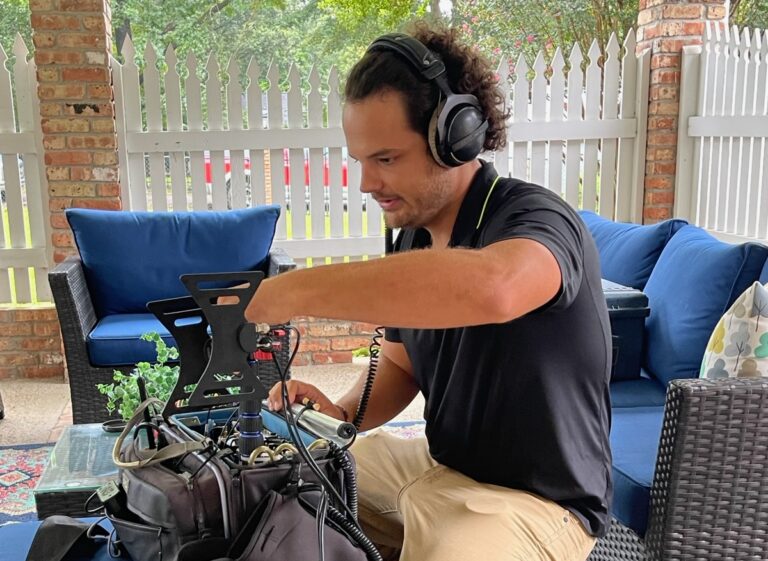