I grew up in Jackson and I went to Jackson Academy. And I’m a graduate of Ole Miss with a degree in managerial finance.

I’ve always been creative, but I think it kind of snuck up on me. I never, ever thought about acting. But then I had some friends in acting school, and at the time I was also just kind of pondering, what is this life that we live? We have one shot here on this earth. What do I want my life to be about? Acting popped up on my plate, and I decided to give it a go. I auditioned for a drama school, Bethel Conservatory of the Arts in Northern California. And I’ve been pursuing it ever since. That was back in 2018.

It’s funny because every audition I’ve ever done has been a self-taped audition. It was an interesting time when I started getting into acting because the pandemic hit, and it essentially pushed everything to self-taped auditions. I think now that 100 percent of first look auditions are going to be self-taped.

Once I started auditioning, I realized I can audition from anywhere in the world, right? So, for the couple of projects that I’ve done, I auditioned from Los Angeles but I worked in New Orleans. So it just kind of it really doesn’t matter that much where I live, honestly. I’m back home living in Jackson now.

BCA was more of a classical approach to drama school training. more of a theater type approach. The founder of the school is from England, so it’s based off the U.K. style of drama training.

Drama school, for me personally, was kind of just testing it out. I never, ever thought about acting before. I didn’t really know what to expect, but I knew that if I didn’t try it, I would regret it. It was a three-year program, and I knew if I hated it, I could always just stop. I had the finance degree to fall back on.

That degree in a lot of ways was me playing it safe. That’s kind of how I really try to live my life, to not have a Plan B based in fear. I think plan Bs are a good idea. But a lot of times we have plan Bs because we’re really just afraid to try at something. That’s what acting was for me. I’m going to try. I don’t know if I’m going to win. but I’m going to try.

What was your very first acting job?

My very first paid job, I did a commercial with a company called the Adventure Challenge. We did a little short film, which was really cool, because, and I don’t know if this is just me as an actor, but in the back of my mind, I was always like, “No one will ever pay me to do this.”

The guys who directed and produced the commercial had such a great vision, and it ended up getting nominated for a Webby Award.

About a year ago, I was on set for a film called “The Walk.” I’m flying into Los Angeles tomorrow (June 7) for the film’s premiere. I’ll be out in Los Angeles all next week.

That was my first gig out of drama school. The commercial I did was during drama school, and I ended up booking the movie a couple weeks after I graduated. That comes out in theaters and also video on demand June 10th.

And then I also have another short film called “Undae-ilth.” They have been pushing the date back on the release of that. So who knows? This stuff can take six months or it can take two years.

I’m so green in this industry. I’ve learned a lot of lessons really fast. Like nothing’s for sure until it happens. Unfortunately, “The Walk” won’t be playing in Mississippi theaters, just major cities, like New York and L.A. At first, I thought it was going to be in theaters everywhere.

But the times I’ve been on set—not a lot of times yet! But the few times I have, I’ve really come alive in a way, and I feel a lot of purpose.

That might sound to say I’m shy, but I’m like, man, this feels right. I think that really caught me off guard because usually I’m pushing the attention elsewhere because it makes me uncomfortable.

George Strait. I watched his movie “Pure Country” over and over when I was a kid. I heard some things about him as an actor that always stood out to me. I know he had a couple of things that he really cared about and wouldn’t really budge on them when it came to how he wanted things done. That kind of integrity inspired me, and he continues to. He’s my favorite artist. I mean, he’s the king. King George. The guy’s unstoppable.

I hope it does. I think Mississippi has a lot of great things, and I know that I’ve benefited from some of the things that can be attributed to Mississippi, so all I can say is that I hope it does.

The Mississippi River. It’s huge, it’s like a mile wide. I think there’s so much potential for that. There’s so much history and culture surrounding it. It’s very mystical, almost like a spiritual thing.

During “The Walk,” there is a part where the character that I was playing, who is essentially a very violent individual, someone really sets him off and the line in the script was “Come here, I’m going to kill you.”

And my character’s hitting this bus, it’s this riot scene. And I was prepping, thinking what would I do? Like, if I actually wanted to kill somebody? How does that work? I’ve got to just really send it here.

So anyway, essentially, I learned a lesson. I jumped through a double-paned bus window. It was not supposed to break, but I just threw my body through it. And it was kind of awesome. But I also learned, first off, I don’t have to damage my body for this stuff. I had to get my head sewed up and the director was like, dude, come on, you didn’t need to do that.

But at the same time, I proved to myself that I know that I’ll give what it takes. I know that I’m all in. A lot of times we might want to tell ourselves that we are, but we don’t really know.

I think in that moment, I earned some credibility with myself, if that makes sense. I jumped through a bus window. I don’t have to do that, and I won’t do that again, but now I know I’m capable of going there!

And they actually used it, and it made the trailer.

I think the best way is for Mississippians to do their own thing. We make our own stuff and put this place on the map. This place has a lot to offer and sometimes people aren’t convinced or encouraged until they see it. If there’s one thing I’ve learned in this business, it’s that. People can only see you as one thing until you do it. That’s more how I work. Just do the thing, and then people will come.

When I was in L.A. I worked in catering, I was a valet, I was a driver, other odd jobs. Since I’ve moved back to Mississippi, I’m looking for something now.

My number one thing that I love to do is turkey hunt. In the spring, it’s all I think about. I like to cook. I like writing poetry. Anything on the water too: surfing, wakeboarding, tubing. But my number one hobby outside of acting is hunting.

What’s your advice for someone looking to break into acting?

I would say to remember that it’s an art. Art is different than other pursuits. Not that it’s better or worse. If it’s a place you want to give your life, then just know that going in.

When I lost a lot of the anxiety around self-tapes and auditions and stuff, that’s when I realized I’m in this for life. This audition isn’t going to make or break me because this is my life. I’ll do this on a community theater stage if I have to. I don’t have to be on the big screen. It’s nice, of course. We all want that.

So, I would say if acting’s something you know you want to give your life to, then do it. Be all in. Not even just acting. Anything worth pursuing is worth going all in. It’s the 100 percent rule. There are certain things that can only happen when you’re all in. They only work with 100 percent effort. And it’s a great thing, because it makes us check our priorities. What really is valuable to me, do I really want to give everything to this? And if the answer’s no, then find something that you do want to give everything to. And give it to that. 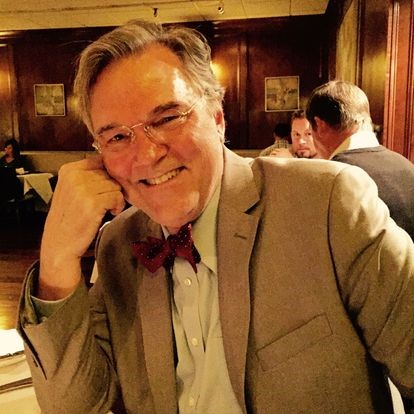 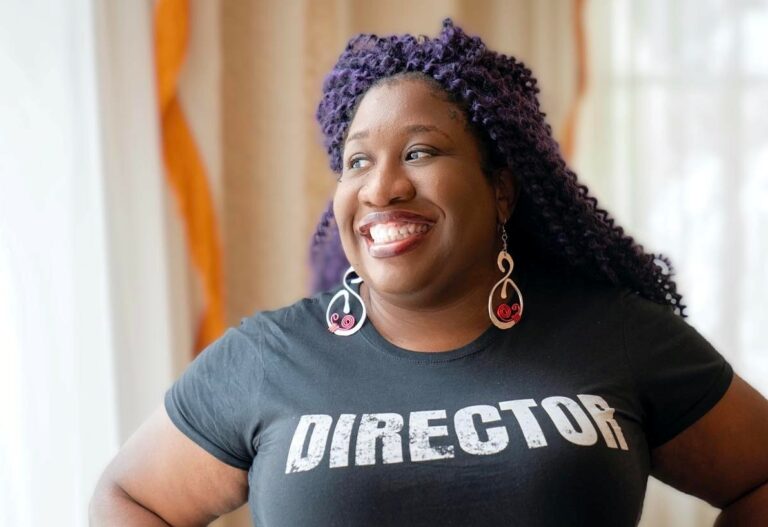 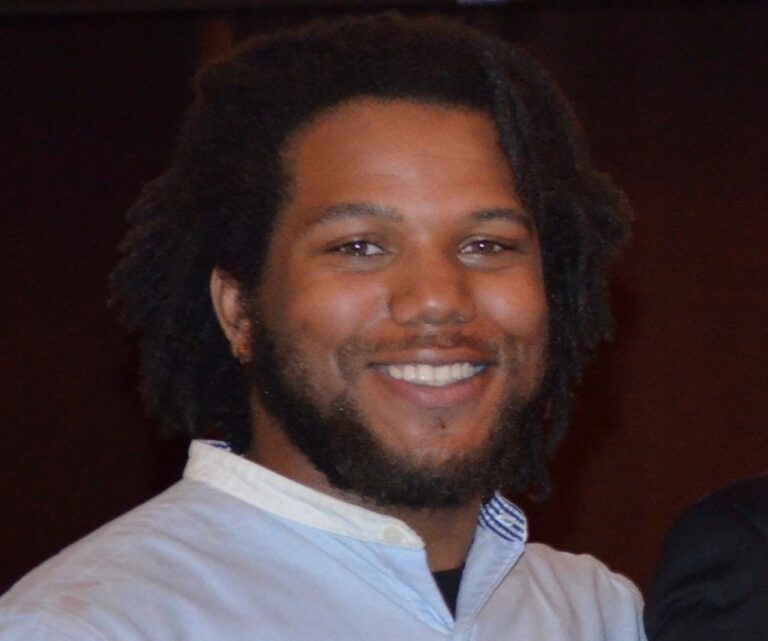 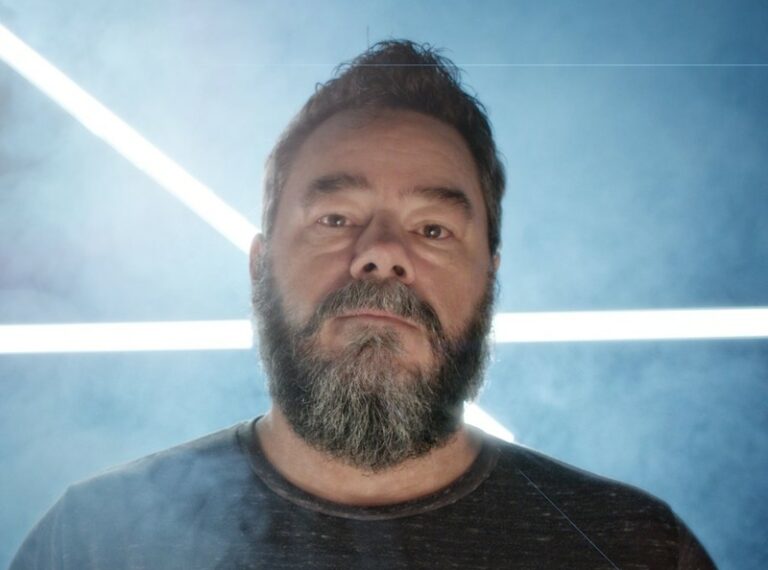